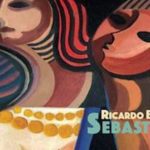 As a lawyer, Ricardo Bacelar builds airtight cases to make winning arguments to the court in defense of copyrights. As a musician, the pianist-composer-arranger is just as meticulous when it comes to crafting his recordings, making convincing musical statements. To prepare a compelling case to present on his third album, “Sebastiana,” which dropped stateside on March 30 and throughout Europe earlier this month, he gathered a collective of musicians from all over the Latin-American diaspora and granted them the freedom to inject their unique cultural identities into the 15-track contemporary jazz set of freshly-arranged Brazilian standards and poignant piano prose penned by Bacelar.

The multi-genre album is receiving airplay from a variety of jazz radio formats and the disc has been lauded by reviewers for its artistic vision, authenticity and cultural significance. Thus far, Bacelar Productions has lensed videos for four songs. “Volta da Asa Branca” and “Oh Mana Deixa Eu Ir” – the later coolly crooned by Bacelar – are set in a natural amphitheater formed by a precipitously chiseled mountain range, desert foliage and vast skies with Bacelar’s grand piano precariously perched atop a rocky slab. “Toda Menina Baiana” finds the protagonist contemplating on a stroll by the opalescent Atlantic Ocean on the Brazilian coastline and in the recording studio tracking the cut live with several band members. The imaginatively animated “Nothing Will Be As It Was,” was the first single from the album and showcases a lonely lead vocal from Maye Osorio and Bacelar’s mood-shifting Moog synthesizer, adding texture to the unsettling cut. Two more videos are slated to be shot.

The Brazil-based Bacelar will be in Lisbon, Portugal later this month to perform four concert dates.

Below are excerpts from some of the album reviews:

“A dazzling set sure to blow your mind as it takes jazz someplace you just didn’t expect.” – Midwest Record

“This album is a feast for lovers of Brazilian music.” – Keys & Chords

“Bacelar now brings us his third album, and most ambitious yet, the beautiful, and stunningly creative ‘Sebastiana.’” – Exclusive Magazine

“It’s an album of distinct taste, class, and sophistication and does capture the colorful characters of both jazz and Brazilian exoticism.” – The Smooth Jazz Ride

“Music that honors the roots of Brazilian music yet incorporates each individual player’s cultural and musical heritage.” – Soul and Jazz and Funk

For more information and to view the videos, please visit http://ricardobacelar.com.br.