The unique styling of a Latino Canadian Rapper Hip Hop 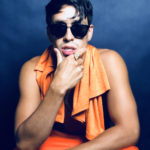 Artist GOTCHI falls somewhere in between brilliant vibes of old-school rap, melded with the edgy melodies of modern hip-hop. GOTCHI gives a unique sound, which combines fantastic lyrics with fantastic sonic ideas, making for a truly special approach. Powerful and seductive his playful ecletive edge erupts into a sui generis Latino infused hip hop unique Canadian sound that is refreshing to the music scene when so much has gone mainstream corporate sound.

In 2018, GOTCHI burst through the music scene with a smashing single, “Headlights.” The track was featured on his debut album, which actually went viral, giving him a massive boost in terms of the follower. He is ready to top the success with his second album, aptly titled “Vo.2,” which will be released in 2019. What makes GOTCHI stand out is that he’s truly passionate about his music. Some artists want to “make it big”, but others have much deeper goals. They want to reach out and truly express something unique. This is why he proudly reps Toronto in the international hip-hop scene! Make sure and listen to his music… New stuff is on the way   Follow him on Social Media too for exclusive behind the scenes sneaky peek looks.

Inspiration to headlights: This Song is called “Headlights” by Canadian Artist GotChi (PROD. BY RIKELUXX), it a fusion of a melodic rap song with raw lyrics, the song is meant to reflect with the listener and show compassion, brotherhood, and loyalty are important. Knowing and accepting there are things you cannot change; it is telling a story of struggle and perseverance, we cannot see the light unless the dark is present. The meaning behind the phrase in the song “Coming Like Headlights” and the title refers to the same idea of the light in the darkness and coming out of nowhere surprisingly like a set of headlights ready to go. It has a rockstar smooth vibe, it is conscious, thought-provoking, and creates an urge to motivate yourself and stay uplifted no matter what the circumstances may be, it’s always ok to take time to yourself and reflect.